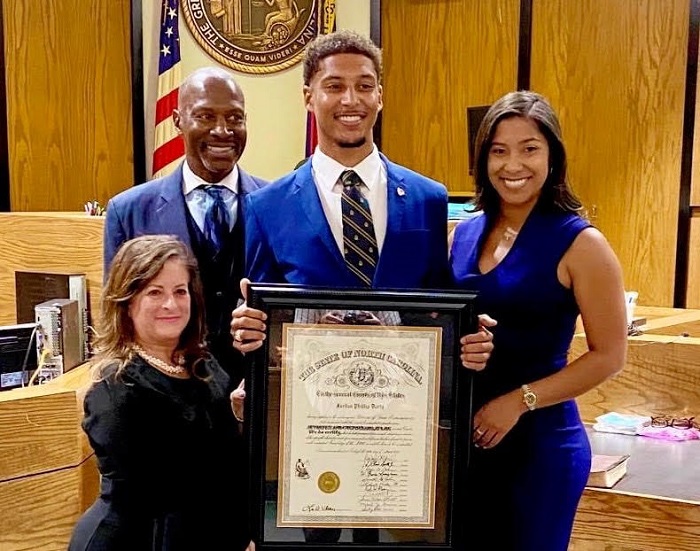 Jordan Darty was recently sworn in by Superior Court Judge Joe Crosswhite. His sister, attorney Kaleigh Darty, held the Bible for her brother with their parents, Leigh Ann Darty and Ken Darty, at their side during the ceremony. The Bible belongs to Jordan and Kaleigh’s grandfather, Charles Feimster, who also attended the swearing-in ceremony.

Jordan graduated from the University of North Carolina at Chapel Hill (2014) and Lincoln Memorial School of Law (2019). After passing the North Carolina Bar Exam, he joined The Darty Law Firm in Statesville, where he will practice alongside his father and sister. 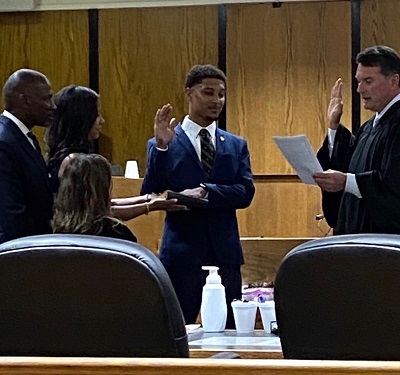