On a night devoted to honoring civic and business leaders of today and inspiring those of tomorrow, the Greater Statesville Chamber of Commerce presented the 2019 Citizen of the Year Award to Joe Troutman on Tuesday evening.

Troutman, who has served the community in various capacities for seven decades, has been a licensed funeral director since 1961. A true gentleman with a servant’s heart, he is a former Iredell County commissioner and current vice chair of the Mitchell Community College Board of Trustees.

Joined by his family on stage for the award presentation, Troutman took his moment in the spotlight to thank the chamber and encourage voters to support the public school bonds in the March 3 primary election.

Then, quoting from the Jaycee Creed, Troutman left the crowd with the following words: “Service to humanity is the best work of life.” 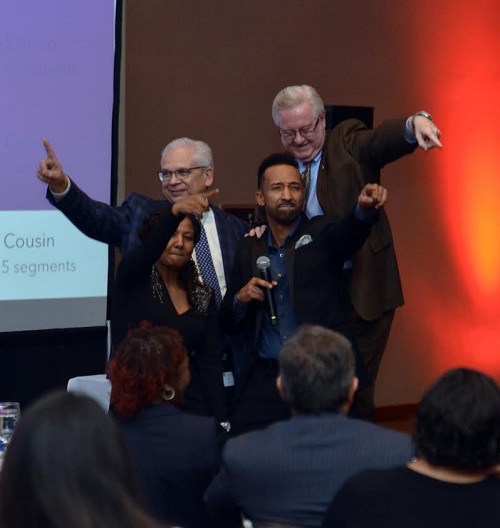 Motivational speaker and author Morris Morrison entertained and inspired the crowd with a high-energy presentation that included singing, dancing, and storytelling. Orphaned by his parents and adoptive parents, Morrison grew up in New York. A former Mooresville resident, he worked with Iredell-Statesville Schools staff last fall to help prevent suicides in district schools.

He challenged business leaders to listen to their inner voice, to take a chance on people who need and deserve a second chance, and to incorporate compassion and empathy into their business strategies. Technology, he said, is simultaneously great for business and contributing to stress and suicide among young people.

After the death of Morrison’s grandmother, a doctor gave him three pieces of advice, which he shared Tuesday night:
♦ Don’t ever be a victim;
♦ Take ownership of your life; and
♦ Don’t expect someone to give you something that you don’t work for.

In addition to Citizen of the Year, the chamber presented the following awards: 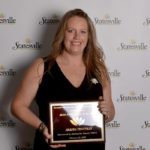 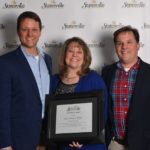 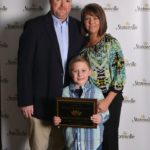 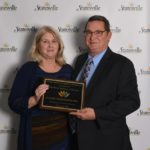 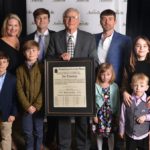 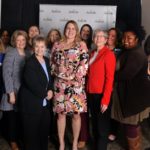 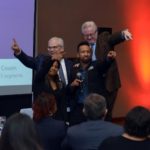