Iredell-Statesville Schools on Tuesday released the schedule for spring graduation ceremonies for all district high schools and early colleges.

The ceremonies begin on May 15 at the Agriculture and Science Early College and run through May 23, when commencement will be held at Lake Norman, North Iredell, Statesville and West Iredell high schools. 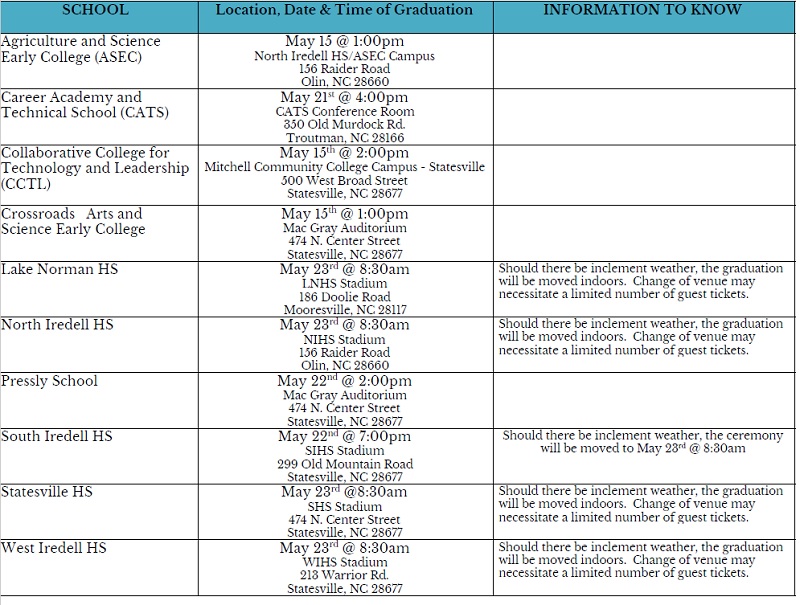