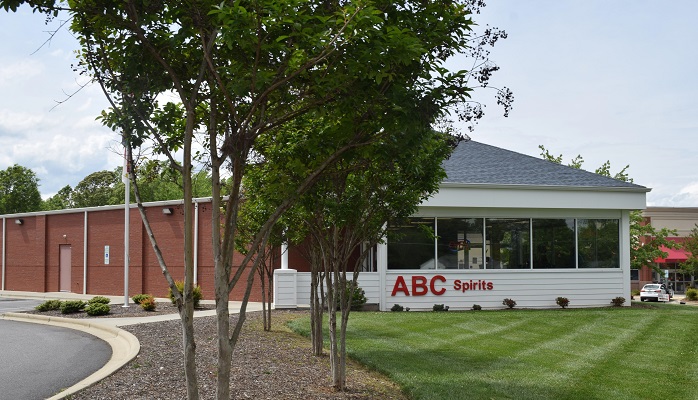 Troutman ABC Board Chairman Layton Getsinger is amazed at the tremendous success of the town’s ABC Store, which marked the fourth anniversary of its opening on December 1.

“It has all been somewhat surreal. We somewhat expected the growth in the first three years but the booster that came this year with the COVID-19 has absolutely been amazing for all the wrong reasons,” Getsinger said.

“Because of all the growth that is going on in Troutman and the surrounding area, these new numbers may be here to stay due to the increased rooftops.”

Getsinger is also amazed that the store had to add 1,760 square feet of warehouse space in its first four years. Usually a store takes four to five years just to break even. Getsinger said the “runaway train” of the pandemic greatly impacted the store’s sales increases.

When he first created the store’s business plan four years ago, Getsinger projected the store would reach $1.38 million in sales by the fourth year. Instead, the store reached that goal in year one.

Getsinger credited store manager Evelyn Walls and the staff for much of the store’s success. “She is the reason for so much of what’s happened. Her can-do spirit, work ethic, and enthusiasm make her a joy to work with,” he said.

The store has enjoyed net sales totaling $6.7 million since opening in 2016, which resulted in significant distributions of profits in the community.

The Town of Troutman, ESC Park, Troutman Parks and Recreation, the J. Hoyt Hayes Memorial Troutman Library, and the four Iredell-Statesville Schools in town (Troutman Elementary and Middles, the Career Academy and Technical School, and South Iredell High) have garnered $105,576 from the store’s profits in the past four years.

In the first quarter of the 2020-21 fiscal year, the store saw net sales of $641,110, an increase of 47 percent over the same period last year. Payroll also increased 28 percent over last year because of increased staffing needs with the brisk sales.

Getsinger said that even though the sales are still increasing over last year, they are down slightly recently as more people are going back to work and are venturing to dine and drink at restaurants again.

Getsinger originally forecast sales of $1,742,800 in this fiscal year budget, but based on the first four months of sales, he now believes sales could reach $2.4 million.

The store now keeps about $200,000 of inventory on hand to meet customer demand, which is up about $25,000 from July inventory.

The store has also stocked an array of Christmas packages for gift-giving over the holidays.