Chairman Wes Davidson presided over the meeting, which highlighted and recognized achievements of the previous year. The meeting featured Michael and Diane Young with LMY Inc. discussing their redevelopment of the Jenkins Building at 212 South Center Street. 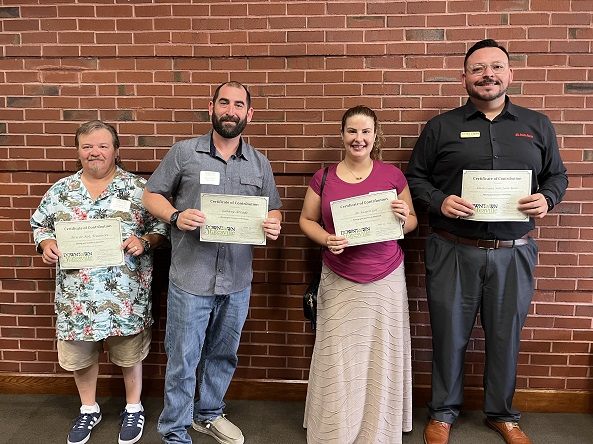 Thirteen new businesses were recognized for their investment and contribution to the economic vitality of Downtown Statesville. The new businesses from the past year are as follows:

Downtown Statesville Development Corporation (DSDC) is a 501(c)3 nonprofit organization charged with administering the Main Street program for Statesville and whose mission is to champion, promote and lead Downtown Statesville as the economic, social and cultural engine in the region. This is achieved in collaboration with public-private partners working together to enhance the appearance, desirability and vitality of downtown. Visit www.downtownstatesville.com for details.