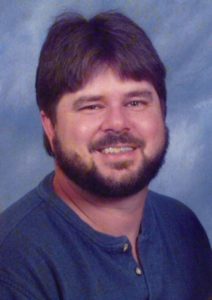 Rodney owned and ran his own produce stand, Rodney’s Produce, in Mooresville for over 14 years. He began working in the grocery industry when he was 16 years old. He was currently employed by Pepsi Co., where he delivered and kept the local stores stocked.

He married the love of his life, Cindy, in 1987. Rodney was a diehard NASCAR fan and never missed watching a race. H e enjoyed fishing and grilling out, especially Tomahawk Steaks. He was also a big Washington Redskins fan. Rodney loved his fur baby, Harlee, who crossed the rainbow bridge ahead of him last week. He was a wonderful husband and father. Rodney was deeply loved by his family and will be greatly missed.

Cavin-Cook Funeral Home & Crematory, Mooresville, is serving the London family. Condolences may be made to the family at www.cavin-cook.com.