Iredell County Sheriff Darren Campbell announced the arrests of the following suspects in a news release on Thursday:

The suspects were arrested on October 19 after ICSO criminal investigators executed a search warrant at 340 Lundy Road in northern Iredell County, according to the news release. This search warrant resulted from several weeks of investigation by investigators into several reported larcenies of vehicles and motor from farms and rural residences throughout northern Iredell County, Campbell said.

On October 11, Sgt. C. Little stopped a white Ford Mustang in the area of Lundy Road for a traffic violation. The vehicle was operated by Bell, who said he was living at 340 Lundy Road, according to the news release. At the time of the vehicle stop, nothing was found to be out of the ordinary with the vehicle, and Sgt. Little issued Bell a citation for traffic violations and he was released, Campbell said.

With the information obtained from the investigation, investigators secured a search warrant for the property located at 340 Lundy Road. When deputies and investigators arrived at the residence, they located Lowman, Bell, Ferguson, and Dugger.

During the search, numerous items were located, including vehicle parts that had been recently removed from various vehicles, car batteries, numerous tools, and the stolen white Ford Mustang, which had been hidden in a barn on the property, according to the news release. A quantity of methamphetamine was also found inside the home, Campbell said.

Yadkin County detectives responded to the scene and identified several of the tools and vehicle parts that were stolen in their jurisdiction, according to the news release.

All four individuals were arrested and transported to the Iredell County Detention Center, where they were charged with the following: 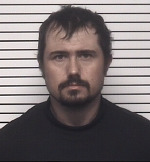 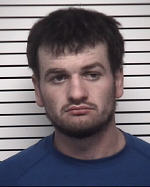 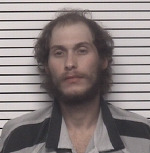 This investigation is still ongoing, and additional charges are anticipated.

Since May 4 Lowman has been charged with over 30 new offenses, including 20 new felony charges and a probation violation. He was under a total of $92,000 secured bond.

On October 19, while on probation and out of pretrial release, Lowman was charged with 11 new Felony Offenses. He was placed under $100,000 secured and placed in the Iredell County Detention Center.

On October 20, Lowman appeared before District Court Judge Ed Hedrick for his first appearance on these new charges. Judge Hedrick lowered Lowman’s secured bond from $100,000 to $50,000.

Lowman was served with six additional felony charges, and his bond was increased to $100,000 secured. Lowman posted the secured bond and was released from the Detention Center on Monday, October 24.