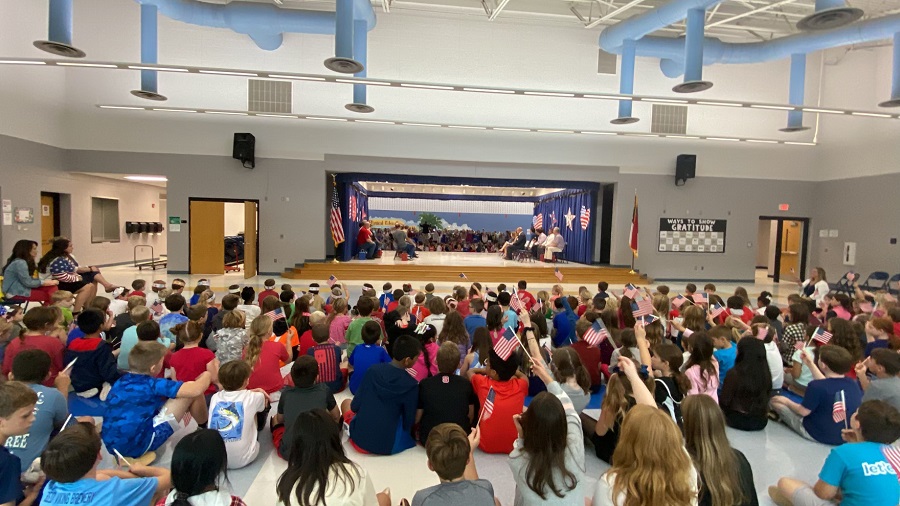 Woodland Heights Elementary School held a school wide Veterans Day assembly Monday morning ahead of the holiday, which gave everyone a chance to thank their favorite veterans for their sacrifice, show appreciation for the county and remember those who gave their lives to protect America’s freedom.

The celebration opened with the South Iredell High School Color Guard presenting the flag followed by the “Star-Spangled Banner.”

At the ceremony, parents also offered words of thanks and the fifth grade sang “America the Beautiful.” Students also heard a poem about Veterans Day and learned a little bit about the history of Veterans Day.

Throughout the assembly, students waved small American flags. Cards made by the students were given out to veterans at the close of the ceremony. Cards will also be sent to those who couldn’t attend.

Principal Kristie Spenner, who is now in her sixth year at the school, said honoring local veterans at the school is tradition. During the pandemic, the school held a parade instead of an assembly.

“I want students to be grateful for the veterans that have served us. It’s our honor to support and recognize our family veterans,” Spenner said. “It’s thanks to these great men and women that we’re able to have the freedom that we do.” 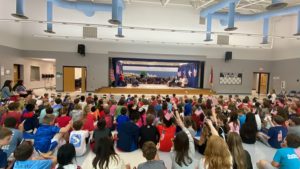 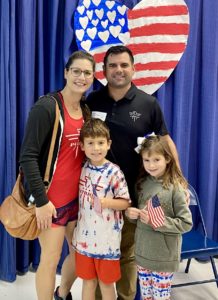 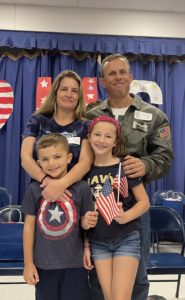 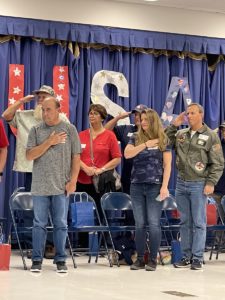