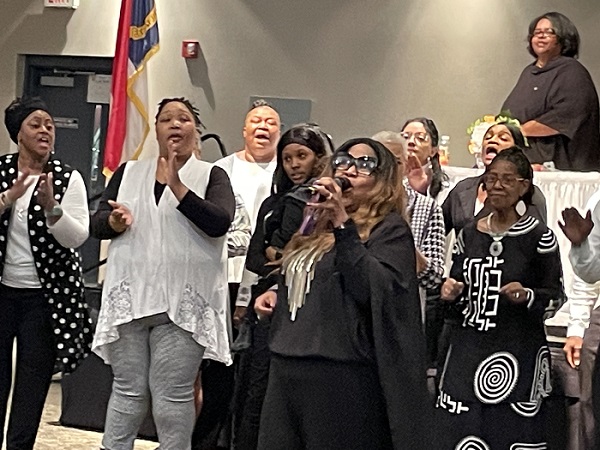 The legacy of Dr. Martin Luther King Jr. was honored Monday morning in a joyous and heartfelt celebration of his life at the Statesville Civic Center.

Musical performances by the MLK Celebration Choir and special guest speakers brought King’s message and this year’s theme “Moving forward — no turning back” to life.

The audience stood and sang “Lift Every Voice and Sing,” which was written by James Weldon Johnson. The song is a rally cry for equality and justice “till victory is won.”

Corban Johnson, a seventh-grader at Mooresville Middle School and a member of Christ Cathedral of Deliverance, welcomed hundreds of guests to the 28th annual Martin Luther King Jr. community prayer breakfast, which was held for the first time since the onset of the pandemic.

“I’m an example of the dream that Dr. Martin Luther King Jr. fought for,” Johnson said.

He shared the legacy and a few of the tenets set forth by Dr. King in his speech “Strength to Love,” which was written in 1963.

Johnson said that the statement remains true today, which can be seen when people talk about war and aren’t kind to one another because of racial hatred.

His parents taught him to always do the right thing whether in athletics, at home and any situation, Johnson said, and he encouraged others to do the same.

Johnson closed by challenging the group to use their voices in the community to drive out hate and darkness with acts of love and light.

After he finished, Wade Ikard of Lilly’s Chapel Church of Living God Commandment Keepers, gave the invocation and prayer.

“We thank you for the life of Martin Luther King … Help us to hold to that dream. Help us to look forward and not look back,” Ikard said.

South Iredell High School’s Marine Corps JROTC cadets presented the colors and led the group in the Pledge of Allegiance.

“It’s not only for celebration, remembrance, education and tribute, but above all a day of service for citizens of all ages and background,” the mayor said.

He recalled his childhood and said if he got in trouble that everyone spoke to him about it before he even got home to face his parents.

“We are a family. We have to move forward together,” Griffin said.

He stressed the need for unity in the community.

First, there has to be a desire for something better.

Second, we have to understand the importance of togetherness.

Third, we have to break down silos.

“Put yourself in a position to grow. Leverage resources. Have the right attitude. Keep Christ first and understand that you have to give each other grace and love each other,” Griffin said.

“If you are really going to have a dream — you have to show up,” he said in his closing remarks.

Myrah Lykes, who served as the Master of Ceremonies for Monday’s event, co-chaired the MLK Community Celebration Committee. 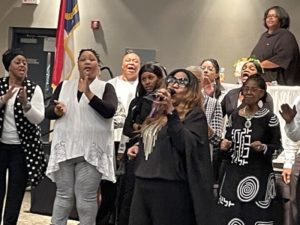 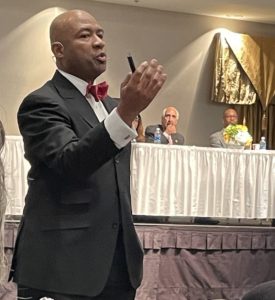 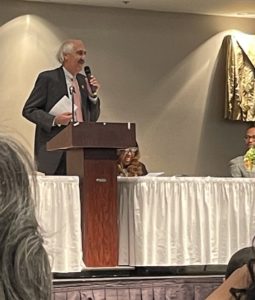 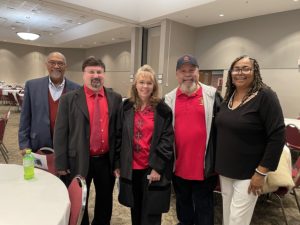 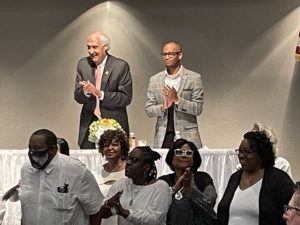 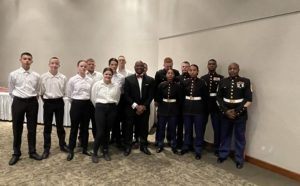 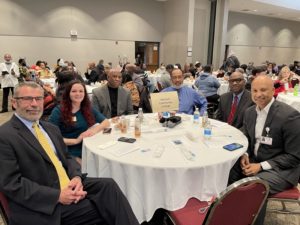 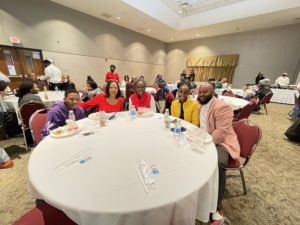 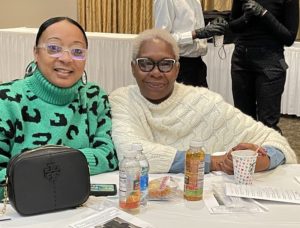 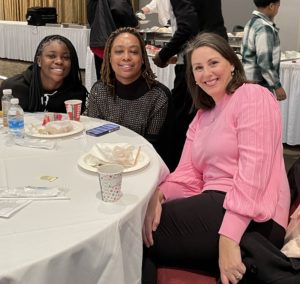 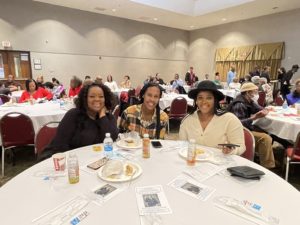 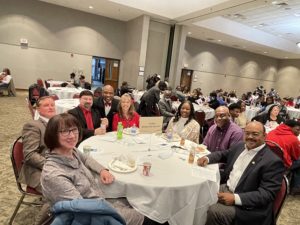 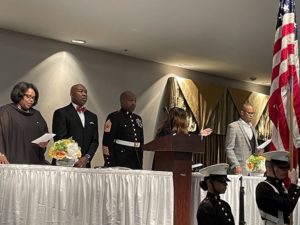 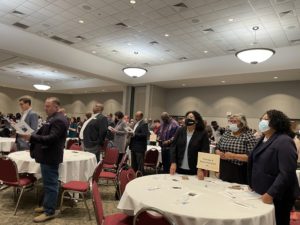 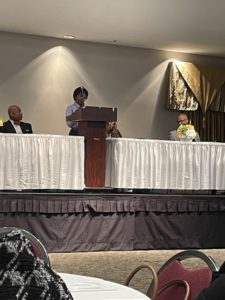 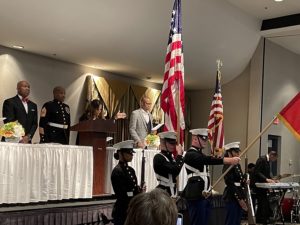 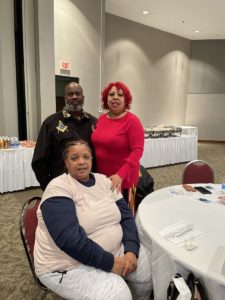 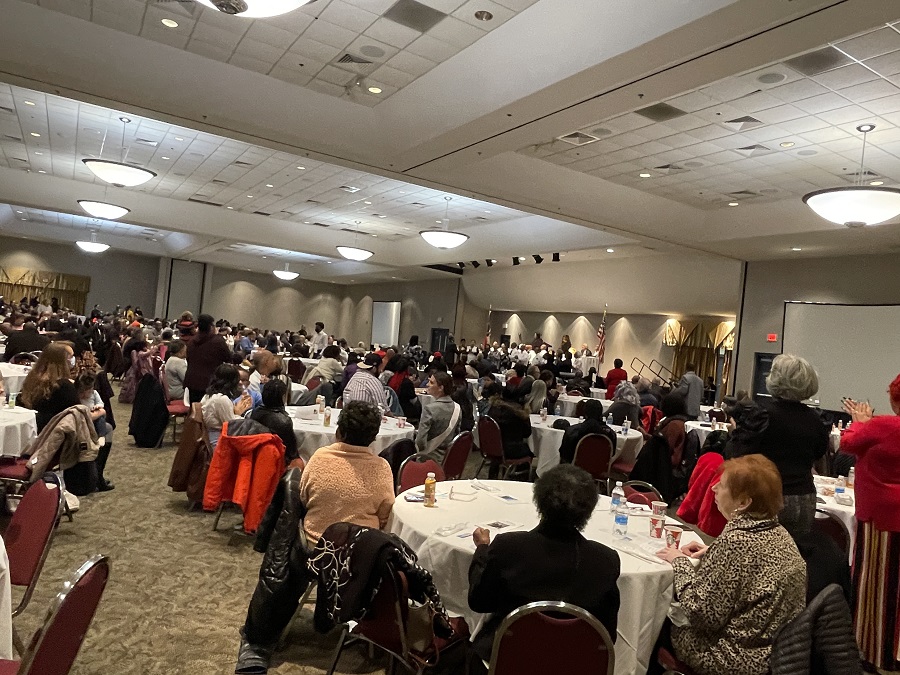 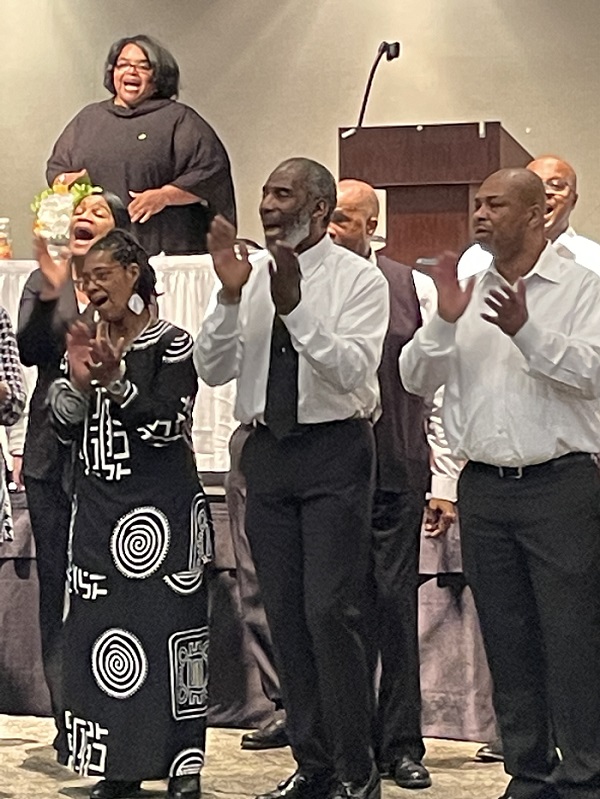