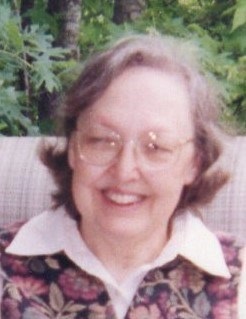 Mary Ellen Blevins Cash, 77, of Union Grove, N.C., passed away Monday, December 9, 2019, at Gordon Hospice House in Statesville, N.C. Born in Ashe County on March 22, 1942, she was the daughter of the late Blan Blevins and Blanche Bowers Blevins.

In addition to her parents, she was preceded in death by her husband, Franklin Cash; two brothers, Eddie Blevins and Johnny Blevins; and one sister, Janie Roupe.

Mary Ellen also volunteered at Gordon Hospice House from 2001-2014. She was a member of Zion Baptist Church, where she served as a Sunday school teacher and was also a member of the Eastern Star.

Those left to cherish her memory are four sisters, Emily Miller of Thomasville, Sherlyn Blevins of Crumpler, Corliss Wilmoth of Thurmond and Sarah Carson of Crumpler; one brother, Tom Blevins of Graham; and several nieces and nephews. Also surviving are Sammy Syda and his wife Xee and their children, Kelly, Lily, Yuna, Samuel and Louette from Laos, whom Mary sponsored in 2002 and subsequently came to know and considered as her family.

The family will receive friends on Thursday, December 12, 2019, from 10 to 11 a.m. at Zion Baptist Church. The funeral service will begin at 11 a.m. with Dr. Charles J. “Joey” Tomlin officiating. Burial will be held at Union Grove United Methodist Church Cemetery.

Memorial donations may be made to Zion Baptist Church, 714 Union Grove Road Union Grove, NC 28689. Online condolences may be left for the family at www.bunchjohnsonfuneralhome.com.

Bunch-Johnson Funeral Home is honored to be serving the Cash family.