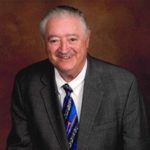 In addition to his parents, he was preceded in death by brothers, Donald Baker and Steve Caldwell.

The family will receive friends on Friday, November 15, from 5 to 7 p.m. at Cavin-Cook Funeral Home. Funeral services will be held at 2 p.m. on Saturday, November 16, at Kannapolis Church of God with Rev. Greg Sloop officiating. The body will lie in state one hour prior to the service at the church. Burial will follow the service at Glenwood Memorial Park in Mooresville.

In lieu of flowers, memorials may be made to Kannapolis Church of God Music Fund, 2211 West A Street, Kannapolis, NC 28081 or Hospice & Palliative Care of Iredell County, 2347 Simonton Road, Statesville, NC 28625.

Cavin-Cook Funeral Home & Crematory, Mooresville, is serving the Baker family. Condolences may be made to the family at www.cavin-cook.com.