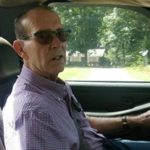 In addition to his parents, he was preceded in death by sister, Nyoka Yates; brothers, Leonard, Earnest, Ricky, and David Johnson; and granddaughter, Sasha Lynn Johnson.

A graveside service will be held at 2 p.m. on Friday, March 27, at Glenwood Memorial Park. For those who are unable to attend the service, it will be live streamed on the Cavin-Cook Funeral Home & Crematory Facebook page).

In lieu of flowers, memorials may be made to Make-A-Wish Central & Western North Carolina, 217 E. Tremont Avenue, Charlotte, NC 28203.

Cavin-Cook Funeral Home & Crematory, Mooresville, is serving the Johnson family. Condolences may be made to the family at www.cavin-cook.com.