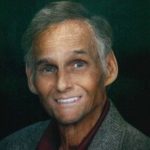 After proudly serving in the U.S. Coast Guard aboard the Diligence during the Vietnam Era, he relocated to the Cabarrus and Iredell County area for the next 40 years. His time in the Coast Guard was one of his greatest sources of pride. He then spent 30 years in purchasing, sales and management in the lumber industry.

He was a skilled woodworker, enjoyed his Jeep “Storm-N-Blu” with co-pilot Stormy Harbour, his faithful Boykin Spaniel, and watching the Atlanta Braves with his sons and grandsons. The family will receive friends on Wednesday, March 11, at Southside Baptist Church, Mooresville, from 12:30 to 1:45 p.m. The Funeral Service will be held at 2 p.m. at the church. A graveside service with full military honors will follow the service at Carolina Memorial Park, Kannapolis.

Cavin-Cook Funeral Home & Crematory, Mooresville, is serving the Nunn Family. Condolences may be made to the family at www.cavin-cook.com.