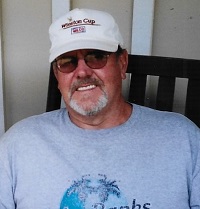 Mr. Moose was born March 17, 1944, in Iredell County and was the son of the late Jay Conrad Moose and Vee Mary Benfield Moose. He attended Iredell County schools and on February 6, 1981, he married Joanne Kelly Moose, who survives. He was a member of Beulah Baptist Church and worked for Commscope for 28 years. He loved fishing, gardening and talking with friends and friends. “Gene never met a stranger.”