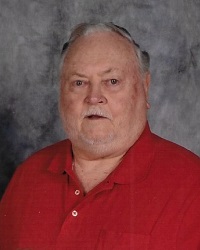 Mr. Pope was born July 11, 1935, in Iredell County and was the son of the late John Boyd Pope and Katie Morrison Pope. He was a graduate of Celeste Henkel High School and served in the U.S. Navy from 1953-1956. On June 17, 1962, he married Peggy Southers Pope, who survives. He was a member of New Sterling ARP Church. He worked at Duke Power as a Supervisor, Clarke Equipment and then in the Engineering Department at Kewaunee Scientific. He was a draftsman by trade and drew many home plans in the Statesville area.

Graveside funeral services will be held at 2 p.m. on Wednesday, May 6, 2020, at New Sterling ARP Church Cemetery with Rev. Earl Linderman officiating and military honors.

The family would like to give a special thanks to Novant Health Intensive Diabetes Management, Kellie Faulk, MD, and Wanda Rushton, NP, of Winston-Salem for their love and care of Mr. Pope.