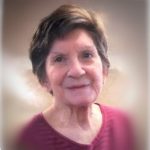 Born on February 15, 1939, Karen Faye Miller Wyatt Nash was a daughter of the late George Grant and Johnsie Sheets Miller. She graduated from Miller’s Creek High School in 1955. She passed away on March 28, 2020.

After marrying Larry W. Nash on April 28, 1984, Karen joined Beulah Baptist Church, where she remained active until her health declined, in the Co-Ed 8 Sunday School Class and the Golden Harvesters.

She was preceded in death by her parents and by Larry, who passed away unexpectedly on May 27, 2001.

Karen will lie in state at Troutman Funeral Home on Monday, March 30, 2020, from 9 a.m. to 5 p.m. In respect for the health of everyone and in keeping with the coronavirus restrictions, the family will have a private graveside service.