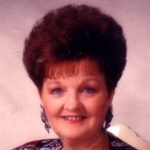 Kay Carney Kerr, also known as “Momma Kay,” caught the bus to heaven Friday, January 24, 2020. She has a new home with her heavenly Father. She left behind a world made better because she was here. She was born on February 17, 1934, to Malcolm Augustus Knight and Mary Hodges Knight in Norfolk, Virginia.

Kay came to Statesville, N.C., in 1958 with her husband Earl, where she raised five children of her own and countless “adopted” children who called her Momma Kay or MawMaw. She was famous for her homemade biscuits and gravy, banana pudding, her hospitality, and her never-ending dedication to her family and friends. She loved gospel music, shopping at Pigeon Forge, and spending time with her babies, grands, and great-grands. She was a member of The Cove Church.

In addition to her parents, Kay was preceded in death by Earl Carney Sr., her husband of 38 years; Albert Kerr, her husband since 1998; and her siblings, Rosita Ann Clark and Donald George Mikas Jr.

A service celebrating her life will be held at The Cove Church of Statesville at 2 p.m. on Saturday, February 1, 2020, with a reception to follow in the church atrium. The church is located at 935 Crossroads Drive, Statesville.

In lieu of flowers, the family requests that memorials be given in her name to Hospice and Palliative Care of Iredell County, St. Jude Children’s Hospital, Memphis, Tennessee, or St. Labre Indian School, Ashland, Montana.