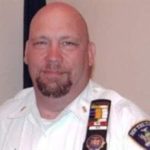 Sully was a graduate from Saint Luke Evangelical School of Biblical Studies in Los Angeles. He was a sergeant with the New York Police Department, Lefrak City Housing Police, NYC Hospital Police, and retired from the New York State Courts-Queens County as Lieutenant in 2009. Sully was a security guard for Citadel Security-Javitts Center-Pier 94, and Long Island Ducks Professional Baseball Team. He was also a firefighter with the Garden City Park Fire Department. He was a member of the New York Fraternal Order of Police 81, serving as president from April 1997 to December 2009 and was a current E-Board Member of the N.C. Fraternal Order of Police 10. He enjoyed volunteering with the American Red Cross and serving as a chaplain with the U.S. Chaplains Fellowship.

What meant most to him was his family, playing with his granddaughter, his pets — especially Shebly, Fraternal Order of Police, classic cars, Harley Davidson, golfing, firearms, bowling, trips to the casino with his love, and pissing off Democrats and Liberals. Most important to his heart was helping others in need.

In addition to his parents, he was preceded in death by his brother, Michael Sullivan.

He is survived by his wife of 40 years Christine Sullivan; his sons Robert Sullivan and Michael Sullivan; his daughter-in-law Natalie Sullivan; and his granddaughter Cecilia Sullivan.

The family will receive friends on Wednesday, January 15, from 6 to 8 p.m. at Cavin-Cook Funeral Home in Mooresville.

Condolences may be made to the family at www.cavin-cook.com.