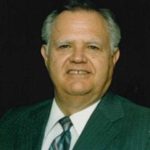 He was born on May 25, 1934 in Winston-Salem, N.C., to the late William and Elizabeth Clark. Mr. Clark was a U.S. Army veteran and retired from the State of North Carolina.

In addition to his parents, he was preceded in death by his wife, Jane Robinson Clark.

The family will receive friends on Friday, March 13, from 4 to 5 p.m. with a service following at 5 p.m. at Cavin-Cook Funeral Home Chapel with Rev. Hal Hester officiating.

In lieu of flowers, memorials may be made to Parkinson Association of the Carolinas, 2101 Sardis Road North, Suite 102, Charlotte, NC 28227.

Cavin-Cook Funeral Home & Crematory, Mooresville, is serving the Clark family. Condolences may be made to the family at www.cavin-cook.com.