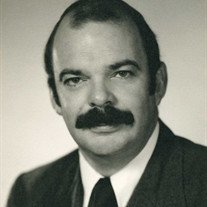 Vic was born July 3, 1938, in Albemarle, N.C., to the late Reece H. Eagle and Cleo Earnhardt Eagle. He attended Mecklenburg County schools, where he was involved in the chorus and became an Eagle Scout. He went on to serve in the Air National Guard and graduated from Wake Forest College.

A man of many talents, Vic enjoyed carpentry, boating, gardening, cooking, and music. After a successful tenure at Sara Lee Corporation, Vic retired early and leveraged his skill in carpentry and his passion for helping others to become deeply involved with Habitat for Humanity for another 20 years. Additionally, he spent time traveling to different states for hurricane cleanup and other charitable causes. In his free time, you could find Vic spending time with his wife Kaye, making salsa from the garden, boating and fishing on the lake, spending vacations at the beach, and celebrating the big and small things of life alongside his children and grandchildren. Vic provided a constant source of wisdom, knowledge, stories and advice, all of which will be forever cherished by those who knew him.

A celebration of Vic’s life will be held at a later time.

Memorial donations in memory of Vic can be made to Habitat of Humanity of the Charlotte Region and Rocky Mount Methodist Church, Mooresville, N.C.

Cavin-Cook Funeral Home & Crematory, Mooresville, is serving the family of Mr. Eagle. Condolences may be made to the family at www.cavin-cook.com.