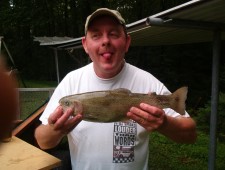 Allen attended West Wilkes High School. He retired after 32 years as an Telecommunications Tech of Tyson Foods. He enjoyed gardening and fishing. He was a member of the Church of Christ

Allen had requested a private graveside service that will take place on Friday, July 30, 2021, at 11 a.m. at Oakwood Cemetery in Statesville.

In lieu of flowers the family requested donations be made in his honor to the American Diabetes Foundation.