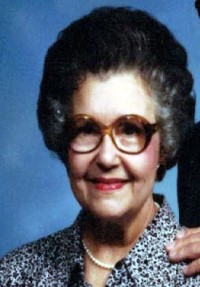 Mrs. Evelyn Miller Hiatt, 95, of Statesville, N.C., entered into rest on Thursday, January 14, 2021, at Autumn Care of Statesville. A native of Mecklenburg County, N.C., she was the daughter of the late Benjamin Franklin and Edna Pennel Miller. In addition to her parents, she was preceded in death by her husband, James Albert Hiatt Sr.; her sisters, Jackie Justice, Selene Holton and Rebecca Lackey; and a grandson, Brantley Bryan.

She was a teacher and guidance counselor for the Iredell-Statesville School System for many years. She was also a member of First Presbyterian Church of Statesville.

Mrs. Hiatt is survived by her son, Al Hiatt, and his wife Lenell of Statesville; a daughter, Penny Bryan, and her husband Ernest of Edgefield, S.C.; a brother, Ben Miller, and his wife Martha of Columbus, N.C.; her grandchildren, Trey Bryan, Jay Hiatt, Ben Hiatt and Amanda Hiatt; and her nine great-grandchildren.

Funeral Arrangements are incomplete and will be announced by Bunch-Johnson Funeral Home in Statesville.

Condolences may be sent to the family, online at http://www.bunchjohnsonfuneralhome.com

Bunch-Johnson Funeral Home is honored to be entrusted with the care of Mrs. Hiatt and her family.