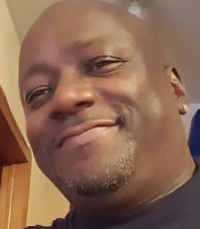 Jeffrey Charles Jackson, 63, of Brooklyn, N.Y., affectionately known as “Jeff,” departed this life unexpectedly on April 9, 2021. He was born in Jamaica Queens, N.Y., on May 29, 1957, and was the
son of the late William Jackson Sr. and Rosa Lee McCelland Jackson.

He was preceded in death by two brothers, William Jackson Jr. and Michael Edward Jackson, and a sister-in-law, Phyllis Moore Jackson.

Funeral services will be conducted in New York, Sunday, April 18, 2021, followed by a graveside burial on Wednesday, April 21, at 2 p.m. at Belmont Cemetery, Statesville, N.C.

The Jackson Family would like to express the greatest of gratitude, and appreciation for the kind expressions during this time of sorrow.