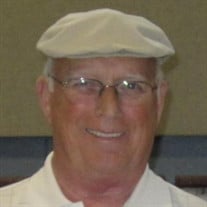 John Richard Bias, 79, of Statesville, N.C., and formerly of Ona, W.Va., passed away December 18, 2021, after a long battle with idiopathic pulmonary fibrosis.

He was born October 15, 1942, in Cabell County, W.Va., the son of the late Homer and Juanita Bias. He retired from International Nickel Company in 1995 in Huntington, W.Va.

The family will have a private celebration of life at a later date.

If you want to contribute in John’s memory, please remember Gordon Hospice House of Statesville, N.C. Please share memories and condolences with the family at www.nicholsonfunerals.com.