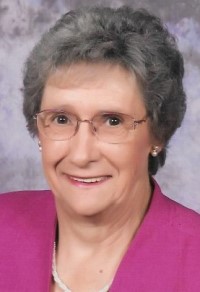 Kathryn was born May 12, 1939, in Iredell County and was the daughter of the late Blackburn and Dorothy Benfield Owens. She was a 1957 graduate of Cool Spring High School and retired as a secretary for Iredell-Statesville Schools. She was a member of South River Baptist Church.

She was preceded in death by her parents; grandson, Lynn Smith; stepmother, Delores Shepherd Owens; son, Dale Harmon, who died March 7, 2009; and a brother, Jimmy Owens, who died July 10, 2009.

Kathryn is survived by her husband, Harold Guy Harmon, whom she married on September 5, 1958.

Funeral services celebrating the life of Kathryn Harmon will be held 3:30 p.m. on Sunday, January 10, 2021, at South River Baptist Church with Rev. Dr. Hampton Drum and Rev. Dr. Chris Thompson officiating. Burial will be in the church cemetery. All members of the 1957 graduating class of Cool Spring High School and members of Fred Bradburn’s Sunday School Class are invited to sit as a group.

Pallbearers will be grandsons Jeremy, Shane and Dustin Harmon, David Smith, and Timmy Williams and nephews Greg and Andy Hudson and Shane Owens. Honorary pallbearers will be Lonnie Owens and employees of Troutman Funeral Home. Due to COVID-19 restrictions, the family asks that everyone please wear a mask and practice social distancing.

The family would like to give a special thanks to Cherrie Meadows for all her love and care during Kathryn’s illness.