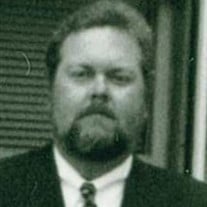 Larry Dean Upright, 61, of Mooresville, N.C., passed away on Thursday, December 2, 2021. He was born on November 25, 1960, in Mooresville to the late Frank and Martha Greenhill Upright.

Larry was also known as “Bucko” and “L.D.” Had a passion for astrology. Multiple bookcases housed his vast collection of science fiction novels, which also complimented Larry’s fascination with the universe.

Larry was a decorated member of the Mooresville Loyal Order of Moose, winning multiple awards. His unique sense of humor and witty intellect propelled his career with Empire Distributors Inc., recently returning as a dedicated asset to the company.

Larry’s joyous demeanor will be greatly missed by all who were fortunate enough to be in his presence. His influence and devotion to his grandchildren is an everlasting legacy that will always be treasured.

He was preceded in death by his parents, Frank and Martha Upright; brother, Steve Upright; father-in-law, Joseph Smith; and brother-in-law, Curtis Griffith.

A private memorial service will be held at a future date.

In lieu of flowers, memorials may be made to the organization of your choice.

Cavin-Cook Funeral Home, Mooresville is serving the Upright family. Condolences may be made to the family at www.cavin-cook.com.