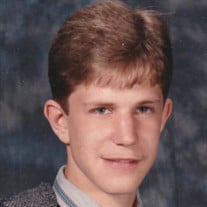 Randy was born in Iredell County on February 28, 1972, and was the son of Melvina Church Blackburn and the late Norris Blackburn. He was a graduate of West Iredell High School and worked in the grocery store service.

Randy was very tech savvy and loved working with all of the new gadgets, TVs, and computers in today’s tech world.

Along with his mother, Melvina Blackburn, Randy is survived by two children, Thomas and Anabelle Blackburn, all of Statesville, and one sister, Angela Welborn (Richard), of Millers Creek.

A service to celebrate the life of Randy Blackburn will be conducted at 12 noon on Monday, December 20, 2021, in the Nicholson Funeral Home Chapel with Rev. Jamie Fox officiating. The family will speak with friends for one hour prior to the service. Burial will follow in the Iredell Memorial Gardens.

Nicholson Funeral Home is honored to serve the family of Randy Dale Blackburn.