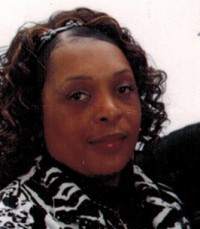 Our Lord and Savior gained a beautiful angel Saturday August 7, 2021. Rickey Yolanda Knox passed away unexpectedly in the comfort of her home at the age of 56. She was born to the late William Nixon and Valmeta Clark Summers on August 6, 1965.

Rickey was born and raised in Statesville, N.C., and attended Statesville Senior High. She worked in the healthcare field for many years. She was very smart as well as educated. Rickey loved her family and friends more than anything. She enjoyed traveling, cooking, and shopping, but most of all spending time with her family. She had a smile and laugh that would brighten the room. If you needed a listening ear, she was always one call away. In addition to her parents, Rickey was preceded in death by her husband Robert (Bobby) Knox.

Rutledge and Bigham is serving the Knox family.