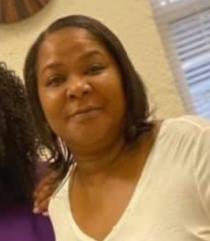 Ms. Tara DeNean Morrison, 57, passed away at Iredell Memorial Hospital in Statesville, N.C., on Saturday, October 16, 2021. She was born on July 1, 1964, and was the daughter of Joann Bellamy Morrison and the late James Lawrence Morrison.

She was a graduate of Statesville High School, Class of 1982. Prior to her death, she was a med tech at Mills Creek of Statesville.

Celebration of Life Services will be conducted Sunday, October 24, 2021, at 2 p.m. at First Baptist Church on Garfield Street, Statesville. Pastor Deltrec Danner will officiate and burial will follow in the Belmont Cemetery.

Visit the Book of Memories for Ms. Morrison at www.rutledgeandbigham.com.

Rutledge and Bigham Funeral Home is serving the Morrison Family.