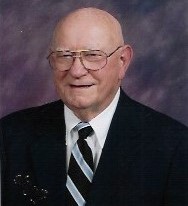 Buck graduated high school from The McCallie School in Chattanooga, Tenn. He earned his B.S. in Textile Engineering and Army Commission at N.C. State College in Raleigh, where he was a member of Sigma Alpha Epsilon and Phi Psi fraternities. He helped form and played on State’s first soccer team and was on the track team.

In 1951, Buck and Lula, daughter of the late Col. Conrad Boyd and Louise Allen Sturges, were married in the chapel of Saint Mary’s School in Raleigh. In 1953, Buck reported for duty to The Quartermaster Board equipment test area at Ft. Lee, Va.; Mt. Washington, N.H.; Yuma, Ariz.; and Barrie, Ontario. After his service they moved to Burlington to work in the family textile business. In the fall of 1956 they relocated to Statesville to begin work at Brenton Textiles Inc. Buck was later named GM of Brenton and eventually succeeded in buying the company.

In 1966, Brenton was sold to Jantzen, Inc., where Buck remained president and CEO for thirteen years. He then bought a small knitting business which continued production until the garments business moved overseas. He returned to yarn and fiber sales with the help of friends Sam Brickle and Allen Mebane, selling for The Fibertex Corporation for the rest of his working years.

Mr. Cheatham was a lifelong Episcopalian, confirmed in The Church of the Holy Comforter in Burlington and for over 60 years he was a member of Trinity Episcopal Church in Statesville, where he served on the Vestry, was a delegate to church conventions, and was active in training Acolytes.

He was a member of a number of clubs, notably the Statesville Country Club, Pine Valley Golf Club, the Country Club of North Carolina, The Saint Andrews Society and the N.C. Society of the Cincinnati. He served on the boards for Mitchell Community College, The Brookwood School, The N.C. Children’s Home Society, NCSU College of Education Foundation, NCSU Student Aid Association, The NC State Banking Commission, Alleghany S.A. in Costa Rica, Heritage Brick Company, The National Knitted Outwear Association, The Northwestern Bank and First Union National Bank in Statesville.

Graveside services will be held at 11 a.m. on Tuesday, March 2, at Oakwood Cemetery in Statesville. In lieu of flowers, the family requests donations be made to the Gordon Hospice House, 2341 Simonton Road, Statesville, NC 28625.