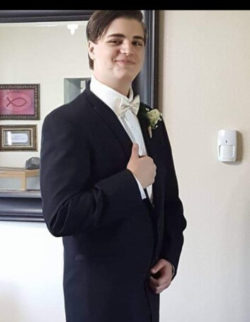 Austin was born on January 26, 2000, in Iredell County and was the son of Halbert Craig “Dusty” LeVan and Angi Beckham LeVan. Austin was a 2018 graduate of West Iredell High School. He enjoyed gardening, collecting rocks, outdoors and all things nature.

A visitation will be held Sunday, June 5, from 2 to 4 p.m. at Troutman Funeral Home. Funeral services will be held at 4 p.m. with Rev. Steve Dagenhart and Rev. Keith Bowman officiating. Burial will follow at Oakwood Cemetery.