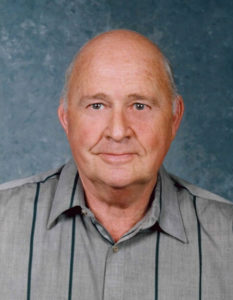 Mr. Harwell was born in Iredell County, N.C., on July 12, 1938, the son of the late Roy B. Harwell and Lena Hefner Harwell. He was a graduate of Statesville High School, Class of 1956. In June of 1957, Bobby married the love of his life, Judy Hinson, who survives.

An avid sports fan, Bob played three years of varsity basketball and baseball during his high school career. During this time, he was selected All-Conference Baseball player for all three years. He was voted MVP his junior and senior year. After high school he continued his playing career with several years of fast-pitch softball with the team at Southern Screw Company.

In 1964 he began playing with the local Blackwelders Gulf fast-pitch softball team. He played with this team until 1976. This team played in a conference that traveled all over North Carolina. In 1970 the Blackwelders Gulf team won the State Fast Pitch Championship. In 1971 the team was runner-up in the state but Bob was selected MVP for the state.

In addition to his parents, Bobby was preceded in death by his brother, Tommy Harwell, and twin grandsons, William and Thomas Harwell.

A funeral celebration will be conducted at 2 p.m. Wednesday, December 14, 2022, at Front Street Baptist Church. Reverend Tim Stutts will officiate. The family will visit with friends at the church prior to the service from 1 to 2 p.m. Burial will follow the funeral at Oakwood Cemetery. Online condolences may be made to the Harwell family at www.troutmanfuneralhome.com