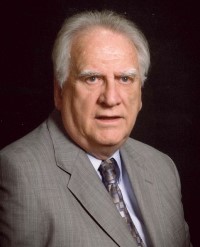 Donald “Don” Lee Shea, 84, of Statesville, N.C., passed away on Friday, May 20, 2022, at Gordon Hospice House after an 11-month battle with cancer. He is now united in Heaven with his Lord and Savior, is treasured wife, Myrna, and his loving brothers and sister.

Don was born on November 30, 1937, in Beech Grove, Ind., to the late Frank Michael Shea and Martha Beyer Shea. Donald graduated from Colerain High School in Cincinnati, Ohio, where he was a basketball, football, baseball, and track athlete. He was inducted into the Colerain High School Sports Hall of Fame in 2019. He was a proud member of the U.S. Army, where he served after high school even playing on the Army six-man championship football team while stationed in Germany.

Donald was a member of Ninth Street Baptist Church in Ohio and an active and was a dedicated member of Front Street Baptist Church in Statesville, where he served as a deacon for many years, chairman of the Benevolence Committee, member of the Young at Heart, greeter and usher, took tapes and meals to the shut-ins, helped in the kitchen during VBS, and was a member of the Homeward Bound and later the Ed McClelland Sunday school class.

Don was a tooling engineer for years at General Electric in Cincinnati, Elox Divisions in Davidson, N.C., and contracting for Bendix in Charlotte before owning and operating Statesville Tool Design. After retiring, Don developed different painting accessories and was awarded multiple patents for his paint related products.

In addition to his parents, Don was preceded in death by his loving wife of 53 years, Myrna Loy Manning Shea; sister, Luellen Robish; and brothers, Robert, Fred and David Shea.

Visitation with family will be held Monday, May 23, from 6 to 8 p.m. at Front Street Baptist Church. A funeral service celebrating Don’s life will be held at 11 a.m. on Tuesday, May 24, at Front Street Baptist Church with Rev. Tim Stutts officiating. Mr. Shea will lie in state 30 minutes prior to the service. Burial with full military honors will follow at Oakwood Cemetery.

In lieu of flowers, memorials may be made to Gordon Hospice House in Statesville.