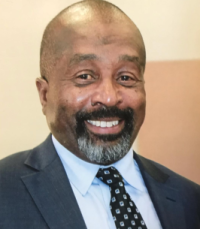 Edward Thomas Martin, 71, of 220 West Iredell Circle, Statesville, N.C., passed away at his residence on Wednesday, January 26, 2022, following an extended illness. He was born in Danville, Va., on December 19, 1950, and was the son of the late Charles Valentine and Gladys Martin. He was also preceded in death by a brother, Darryl Martin.

Edward graduated from Tunstall High School in Danville, Va., and worked as a self-employed transport driver. He served in the U.S. Air Force and was honorabley discharged. Edward will truly be missed.

Funeral arrangements are incomplete at this time.

Visit the Book of Memories for Edward Thomas Martin at www.rutledgeandbigham.com.

Rutledge and Bigham Funeral Home is serving the family of Edward Thomas Martin.