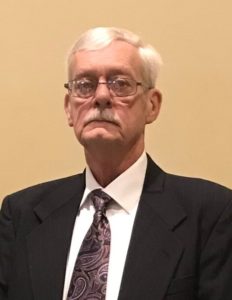 Jeff was born on May 12, 1949, in Iredell County and was the son of the late Van Ammon and Carolyn Habin Ammon. He served in the U.S. Air Force and was a member of Broad Street United Methodist Church. He worked at Excel Trucking as a manager.

A funeral service will be held on Wednesday, March 30, at 2 p.m. at Troutman Funeral Home with a visitation one hour prior. Burial with full military honors will follow the service at Iredell Memorial Gardens.

Memorial may be made to Gordon Hospice House, 2341 Simonton Road, Statesville, NC 28625. Online condolences may be made to the family at www.troutmanfuneralhome.com.