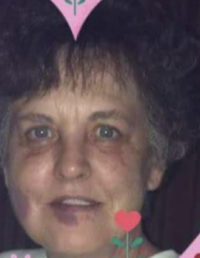 Pat, as she was so lovingly known, was born on January 25, 1950, in Mercer, W.Va. She was the daughter of the late Eugene Beveley Overton and Elizabeth Mildred Cecil Overton. In addition to her parents, Pat was preceded in death by her loving husband, Wallace Russell Brown; a daughter, Deanna Brown; four brothers, and seven sisters.

Pat worked in the metal industry for Romac Metal. She was a member of Church of God in Troutman.