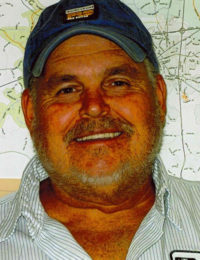 Paul was born on February 27, 1956, in Baltimore, Md., to the late Baxter William Brown and Ruby Hutchinson Brown. He worked for the City of Statesville for 35 years and then went on to work at West Iredell Water and later Wilson Security. Some of Paul’s favorite hobbies included being outdoors, golfing, fishing, hunting and doing woodwork. He also enjoyed posting videos of himself playing the guitar and singing for all to enjoy. Delisa, Paul’s daughter, lovingly nicknamed him “Daddy Rabbit.” His beloved dogs, Copper, Bella and Minnie, always held a special place in his heart.

In addition to his parents, Paul was preceded in death by his siblings, Tony Brown, Brenda Bullin (Kenneth) and Mary Pickler (Jerry).

In lieu of flowers, memorials may be made to New Bethany Baptist Church at 106 Eufola Road, Statesville, NC 28677.