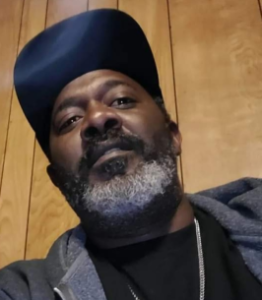 Richard Steven Sinclair Jr., 45, affectionately called “True” of Bronx, New York, passed away on Saturday, May 14, 2022. He was born in Brooklyn, New York, on March 2, 1977, and was the son of Ruth Ann Burrison and the late Richard Steven Sinclair. He was married to Kerriann Natalie Forbes Sinclair, who survives. In addition to his father, he was also preceded in death by his mother-in-law, Merilyn Medley.

He was a graduate of Theodore Roosevelt High School in Bronx, New York, and attended Johnson C. Smith University in Charlotte, N.C. He was self-employed as a Disc Jockey and was know as D.J. StrongBoy. He was also a graphic artist and used his gift to bless many people.

Rutledge and Bigham Funeral Home is serving the Sinclair family.