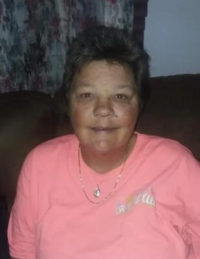 Roxanne Alexander Stanley, 54, of Harmony, N.C., passed away on May 21, 2022, at Gordon Hospice House in Iredell County.

Roxanne was born on November 7, 1967, in Hartford, Md. She was the daughter of the late James Gilford Alexander and Ruby Helen Hagy Sizemore.

Roxanne attended school in North Iredell County. She married the love of her life, Jerry Eugene Stanley, in December of 1983. With their union, Roxanne and Jerry raised two children. As a Christian woman, Roxanne was a member of Statesville Full Gospel. Roxanne was an amazing woman that loved her family.

Roxanne leaves behind to cherish her memory her loving husband of 38 years, Jerry Stanley; two sons, Allen E. and Charles A. Stanley, both of Harmony; and four grandchildren, Aaron, Alaura, Katara and Kya.

A visitation for Roxanne will be held on May 25 from 10 a.m. to 12 noon at Reavis Funeral Home of Statesville. Following visitation at 1 p.m., a graveside service will begin at Iredell Memorial Park.