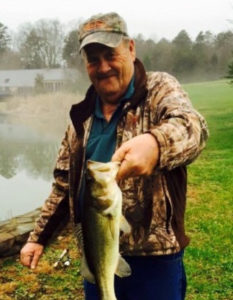 Roy Nelson Lambert, 76, of Statesville, N.C., passed away peacefully at his home surrounded by his wife and children on Sunday, April 24, 2022.

Roy was born on December 5, 1945, in Twin Branch, W.Va., to the late Frank Lambert and Sylvania Thompson Lambert. He attended Oceana High School until he left during his senior year to marry his wife, Joan Garrett Lambert, who survives. Roy was an avid outdoorsman, hunter and enjoyed fishing at many different clubs and teaching his kids all he knew. He worked most of his life as a coal miner.

In addition to his parents, Roy was preceded in death by four sisters and three brothers.

A memorial service will be held at 1:30 p.m. Sunday, May 1, 2022, at Eufola Baptist Church with Rev. Jerry Graham, from West Virginia, and Pastor Jake Potter officiating.