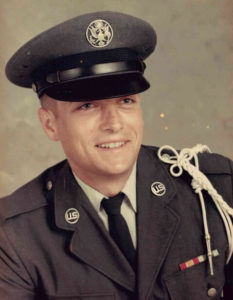 Mr. Raymer was born September 14, 1949, in Iredell County, N.C., the son of late Gilbert Raymer and Lorene Lanier Raymer. He was a graduate of Appalachian State University and a veteran of the U.S. Air Force. He went on to be the owner/operator of Cat-Way Fasteners Inc. Wayne was married to Cathy Lytton Raymer, who preceded him in death. He was also preceded in death by a brother, Jay Raymer.

Those left to cherish Mr. Raymer’s memory include his daughter, Amanda Daniels (Jon); his grandsons, Cole and Lucas Daniels; and his brother, Ray Raymer (Susan).

The family will greet friends at Troutman Funeral Home from 6 to 8 p.m. on Friday, September 9, 2022. A graveside service with full military honors will be conducted at 11 a.m. on Saturday, September 10, 2022, at Iredell Memorial Gardens. Pastor Jake Potter will officiate.

Those wishing to make memorials are asked to consider Gordon Hospice House.