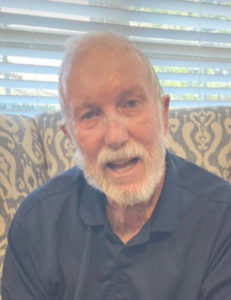 William “Bill” Charles Leckie, 81, of Statesville, N.C., passed away Tuesday, December 20, 2022, at the Gordon Hospice House following an extended illness. He was born October 22, 1941, in Iredell County, N.C., the son of the late Charles W. Leckie and Rosemary Wooten Leckie.

Bill was a graduate of Cool Spring High School and proudly served in the U.S. Army. On December 22, 1963, he married his beloved wife Brenda Campbell Leckie. Bill and Brenda celebrated more than 55 years of marriage before she passed away in 2021. He worked as an “A Grade” mechanic at Hoechst Celanese Corporation in Salisbury for more than 30 years before he retired in 1999.

Bill’s family offers special thanks to Margarita “Margie” Mejia, who has so lovingly cared for Bill, Brenda, and Ginger over the last several years. Margie became a part of the family and has been a true blessing to the Leckies. The family would also like to express their eternal gratitude to all of the exceptional caregivers and staff at Brookdale Peachtree and the Gordon Hospice House for all they did for Bill in his final months.

A celebration of Bill’s life, with military honors, will be held at Providence United Methodist Church on Wednesday, December 28, at 1 p.m. Reverend David Bradley will officiate. The family asks friends and loved ones to join them in the Providence UMC Fellowship Hall immediately following the service to share our happiest memories of Bill.

In lieu of flowers, those wishing to make memorials are asked to consider Gordon Hospice House.