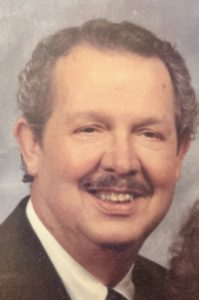 Jim was born July 3, 1943, in Iredell County and was the son of the late James Otis Branch and Zelda Redmond Branch. He was a graduate of Iredell County schools and on June 29, 1962, he married the love of his life, Loretta Englebert Branch. Together they were members of New Salem United Methodist Church. He previously worked for Rental Uniform. Jim also volunteered with the Cool Springs Fire Department and also was a special deputy with the Iredell County Sheriff’s Office. Jim loved playing golf and going camping with his family.

A celebration of life service and visitation will be held at a later date. Details will be available on the Troutman Funeral Home website.