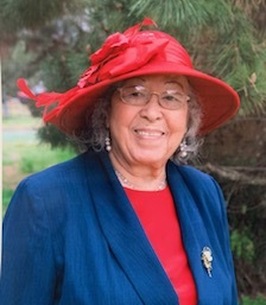 Mrs. Mary Elizabeth Gibson Stinson Grier Vanderburg, 95, of Mooresville, N.C., passed away at the S. Mitchell Mack Hospice House in Mooresville on Wednesday, January 11, 2023, following an extended illness. She was born in Iredell County on October 30, 1927, and was the daughter of the late Albert Lee Gibson and Minnie Patterson Gibson.

She was thrice married, first to Everette Graven Stin, second to John Henry Grier and third to Frank Vanderburg, all of whom preceded her in death. In addition to her husbands, she was also preceded in death by a daughter, Berdine Grace Miller; her grandson, Bennett Eugene Miller Jr.; and siblings, Albert Gibson, Monroe Gibson, Boyd Gibson, Jesse Gibson and Rev. Paul Gibson.

She attended schools in Mount Morne and was a member of Faith Memorial Baptist Church in Charlotte, where she sang with the Women’s Choir until her health failed. She enjoyed cooking and spending time with her family and friends.

Celebration of Life Service will be conducted Tuesday, January 17, 2023, at 2 p.m. at Faith Memorial Baptist Church in Charlotte. Rev. Dr. Dennis William, Pastor, will officiate and her son, Bennett E. Miller Sr., will eulogize. Burial will follow in the Union Bethel Cemetery in Cornelius, N.C.

Mrs. Vanderburg will remain at Clyburn and Bigham Funeral Home until taken to the church to lie in state at 12:30 p.m. Members of the family will receive friends at the church from 1 until 2 p.m.