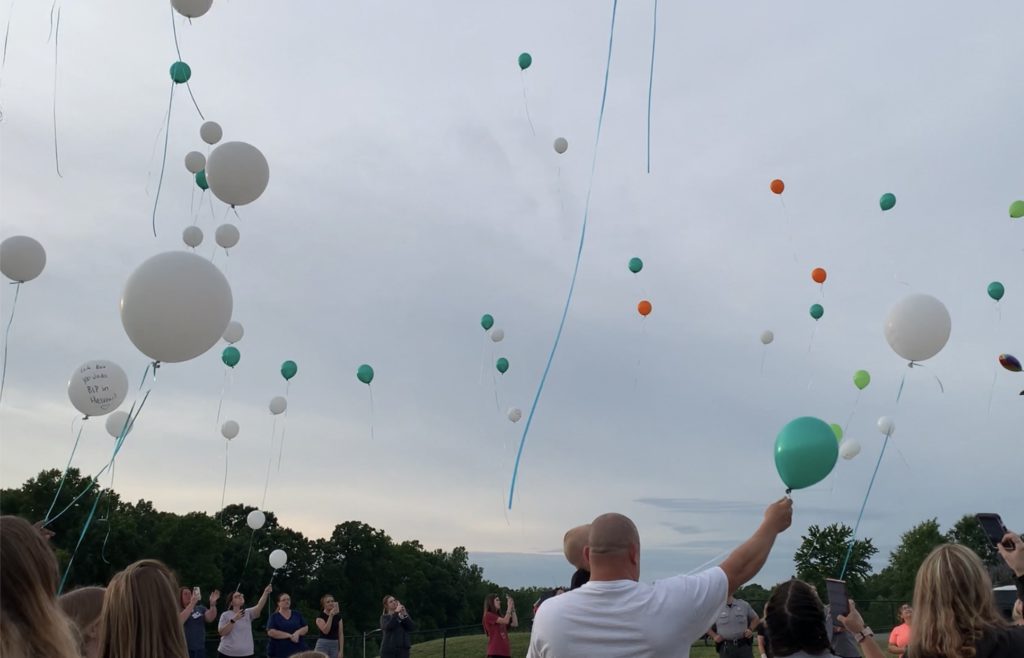 Davis Regional Medical Center’s helicopter landing pad was encircled by those mourning the death of Jada Marlowe on Monday evening.

Jada died earlier Monday, a week after her father, Michael Marlowe, and her 5-year-old brother Bentley were killed when the golf cart they were traveling in was hit by an impaired driver on Fort Dobbs Road near Statesville. 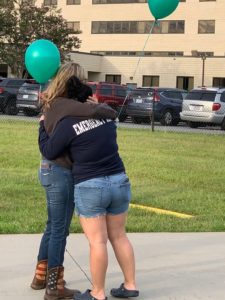 Friends and Davis Regional employees who gathered Monday evening cried as they remembered the 13-year-old with big, blue eyes and a love for life. Some spoke while others just embraced in silence.

“The Lord is near to the broken hearted … and that’s what we are today,” he said. “Second Corinthians says that because God comforted us, we need to turn around and comfort others.”

Savannah Boltz, Jada’s mother, knew about the service but could not attend because she was still by her daughter’s side on Monday evening.

She chose to keep her daughter on life support until her organs could be harvested to help others.

“There’s already a potential eight matches for her heart,” Fair shared. “Just the fact that somebody else will benefit from our sadness …”

After he finished speaking, Fair asked someone to play Jada’s favorite song.

Then, as Jason Aldean’s “Big Green Tractor” blared, green, white, orange, and teal balloons were released into the sky. 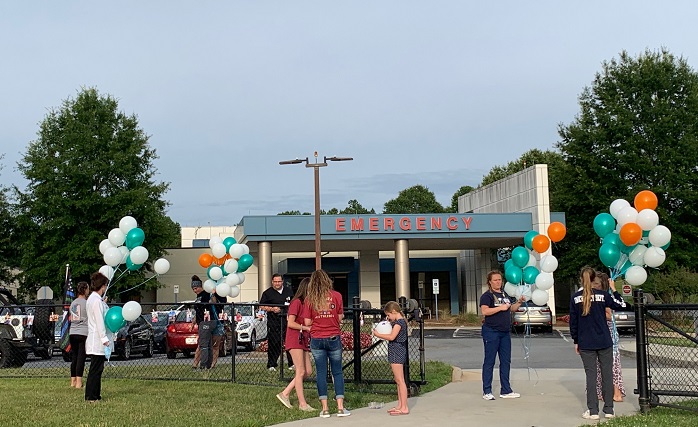 ♦ JUNE 20: ‘God needed Jada back home’: Teen dies a week after being critically injured in crash on Fort Dobbs Road